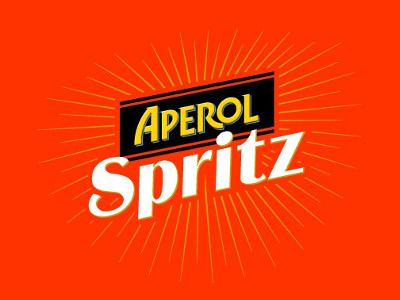 In June 2012, its partnership with VM&E allowed Gruppo Campari to use Saint Mark’s Square, one of the most charming locations in the world, to hold an event set to enter the Guinness World Records, called Aperol Spritz! Happy Record!. On Friday 29 June 2012, from 6pm to 9pm, thousands of people were called to join the flash mob, where 2,657 people got together to shape a mega-sized glass of Aperol Spritz for a group picture taken from the bell tower and, in addition to a glass of Aperol Spritz for collective cheering, each participant was gifted with the official event t-shirt and other orange gadgets, turning the entire central area of the square orange. The bird’s eye view was spectacular and it was used by Gruppo Campari for their advertising campaigns (especially the new bottled Aperol Spritz), the same way as Coca Cola did in the 60s when they spelled out their logo with pigeons.

The event was mainly targeted at catching media attention, but it was also perfect to perform some P.R. activity, especially in the VIP area set up opposite the main stage where Radio Deejay’s Vic and Lauretta took care of the entertainment.
The Milan-based Gruppo Campari thus confirmed their liaison with Veneto and Venice, where the spritz beverage was created, using the image and evocative lure of the city to advertise the Aperol brand worldwide. A one-of-a-kind event was developed, made even more unique by its entering the Guinness World Records, as certified by a judge.

Watch the video of the event