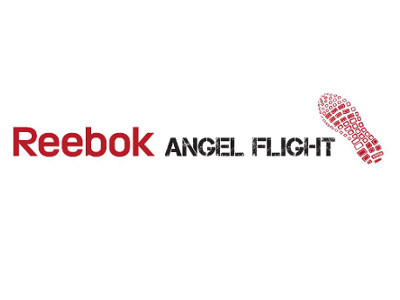 The Flight of the Angel is one of the main events that takes place during the Carnival of Venice and at each edition it marks the beginning of the first period of celebrations, with the choreographic descent of a famous person from the bell tower to the stage in St Mark’s Square, which becomes the symbolic image of the Venetian Carnival for the world’s media. Introduced as part of the event schedule in 2001, its “Angels” have included many big names from the worlds of sport, fashion and show business, such as Federica Pellegrini, Bianca Brandolini D'Adda, Margherita Missoni, Coolio, Manuela Levorato, Carolina Marconi, Carlotta Mantovan, and Antonella Elia, in place of the "colombina" that was used in the previous editions. In the 2011 and 2012 editions, the honour of flying down into the crowd was reserved for the winners of the  Festa delle Marie of the previous edition, another key event of the Carnival and, in particular, in February 2012 the "flight" was repeated twice, in both cases enhanced by popular partnerships with REEBOK and SKY ITALIA, which used it as a means of promoting their products and initiatives.

With Reebok an original partnership was set up enabling the company to effectively personalise the event. Indeed the “Flight of the Angel” officially became the "Reebok Angel Flight", with all the characteristics of a true title sponsorship, taking full advantage of the enormous media attention that traditionally accompanies it. Giulia Selero, the "Maria" wore an exquisitely beautiful costume designed especially by Atelier Nicolao and also a pair of bright and shiny Reebok RealFlex, ultra-lightweight training shoes that offer the perfect combination of support and stability, with which she landed on a specifically branded portion of the stage, while the giant screen showed images dedicated to the well-known sportswear brand. In order to prepare for the "flight" as effectively as possible (as is clear from the video especially filmed for the purpose) Giulia had trained hard with a personal CrossFit trainer in one of the Reebok CrossFit gyms, ensuring that she had what it would take, both physically – performing full, functional exercises - and mentally, to face throwing herself into the air from a height of 70 metres.

The enthralling images of the Angel, (including some beautiful point of view shots) were used for Reebok advertising activities, in particular the photo of the Angel taken from St Mark’s Bell Tower where she glides down over the crowd in her costume and fuchsia pink shoes, is an image that has made its way all round the world and will go down in the history books of the Carnival.

The message launched was that of an original combination of tradition and modernity: a brand new sports shoe with a special sole made of 76 independent, multi-directional elements ensuring total flexibility for those seeking high performance levels. On the other hand, energy, youth and courage, the three main elements that characterised Giulia during her flight, are the very same values that Reebok has always carried in its DNA. The company was therefore able to reap other important benefits, both in terms of brand visibility and hospitality, in the context of the entire event.

Instead, Sky Italia partnered VM&E in the second flight, known as the "Flight of the Eagle", focusing on the promotion of the Olympic Games in London and on the role of Sky Spot HD as official television network of the entire event for Italy. Indeed, the person chosen to “soar” over the heads of tens of thousands of people, in a beautiful eagle costume, symbolising strength, courage, initiative and pride, was Fabrizia D'Ottavio, Sky testimonial and presenter and winner of a gold medal for gymnastics at the Athens Olympics. An exceptional testimonial, whose presence also contributed to enhancing the media attention of the events at the Carnival. The blue colour of Fabrizia’s costume was a tribute to our athletes who will be competing in the Games in July and August 2012, while a video clip with exciting images of various sports reminded all those present of the enormous commitment the broadcaster will be making at the London event to ensure coverage of thousands of hours of competitions and shows.