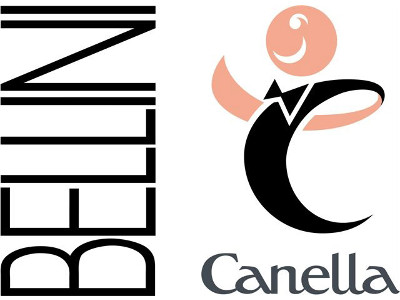 The winery Canella has always promoted during the main Venetian events its most famous product: the Bellini.
Born in the lagoon of Venice, the aperitif made with Prosecco wine and peaches is now internationally known thanks to the excellent communication made by the company.

Venezia Marketing & Eventi has been the response to the research by Canella of a partnership that coul offer ongoing and varied opportunity to advertise their brand in the city.
High exposure was offered, for example, by the the huge inflatable bottle about 9 m high and lit from within to create the typical pink of the Venetian appetizer, exposed during certain traditional events such as the New Year's Eve in Piazza San Marco and the Festa del Redentore.

The Bellini toast offered by Canella during New Year's Eve night to the tens of thousands of people in Piazza San Marco has been so popular to be scheduled for every edition since 2007. And the idea to offer to the public a tasting of Bellini has been applied to the Festa del Redentore, when thousands of 25cl alluminium bottles, totally recyclable, are distributed to the boats gathered in the Basin of San Marco waitnig for the firework display.

Watch the video of Bellini at Festa del Redentore 2011

The partnership was then extended to other traditional events like the Carnival 2007, 2008 and 2009, when a "Bellini Bar" was set up in Piazza San Marco, and where visitors could taste the appetizer accompanied by typical Venetian cakes.