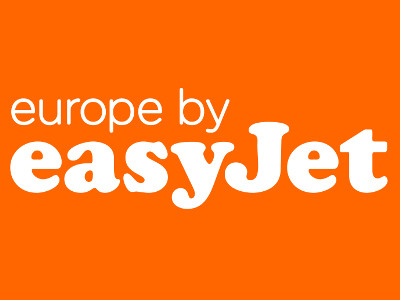 In 2016 easyjet took part, Sunday, January 31st, at the Carnival of Venice's Opening event, the famous Angel's Flight: dressed in orange, the Angel Irene Rizzi, who in 2015 was crowned as Maria del Carnevale  has landed from the bell tower of San Marco on the easyJet runway in Piazza San Marco.

EasyJet chose to “play” with Venice even during the 2015 Redentore Feast – the main summer event in the city's programme schedule, finishing on the evening of Saturday, July 18 with a traditional fireworks display in St. Mark's Basin. The company distributed thousands of fans to visitors for a “cool” evening.

easyJet also launched “ScattaVenezia” ­ a photographic competition, where people were invited to capture the city in orange. The best photographs were awarded with free company flights, and an all­orange flash­mob was organized to celebrate the beauties of Venice at campo Sant'Angelo. Then an amusing photograph was taken from above, thus recapturing the company brand.

All competitors participated at the prize­drawing of a return flight for two people to one of the more than 130 easyJet, European destinations to 7 European countries ­ all leaving directly from the Marco Polo Airport.

After having welcomed the guests on board and taking off from the Rio di San Barnaba that looks over the field, down a long stretch of the Grand Canal, Ca’ Rezzonico, Ca'Venier dei Leoni, Basilica della Salute, Punta della Dogana, the bissona easyJet moored in Bacino di San Marco in the area reserved to typical Venetian boats, for a front-row view of the kaleidoscopic show of Fireworks

This sponsorship has allowed the British airline in 2013 to develop the project "let your desires fly" by distributing thousands of orange balloons at easyJet posts in Bacino S. Marco along the shores of Venice with a street marketing event on water and on land. The balloons bore a note with the wishes of the guests of the city and were flown together at dusk, before the fireworks.