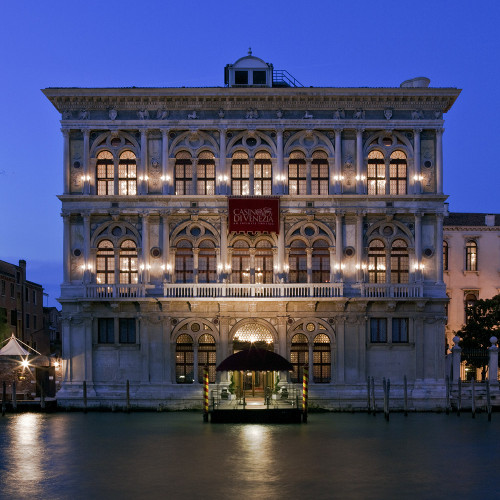 Ca’ Vendramin Calergi, on the Grand Canal, is home to the Venice Casino (Casinò di Venezia), which opens its Renaissance rooms and royal garden to those who want to spend a memorable day in an atmosphere of prestige. Casinò di Venezia Meeting & Dining Services, a company controlled by the gambling house,  creates and organizes any kind of event thanks to its qualified personell of Ristorante Wagner so named because the german composer lived at the mezzanino  of the palace. Immersed in a unique setting, between sophistication and professionalism, you will live a magical dimension in which the care of every detail will be elegant, to make every event: exclusive. Those who loves the game can try your luck at the Gambling Rooms. It is possibile to get at the palace by water gate. 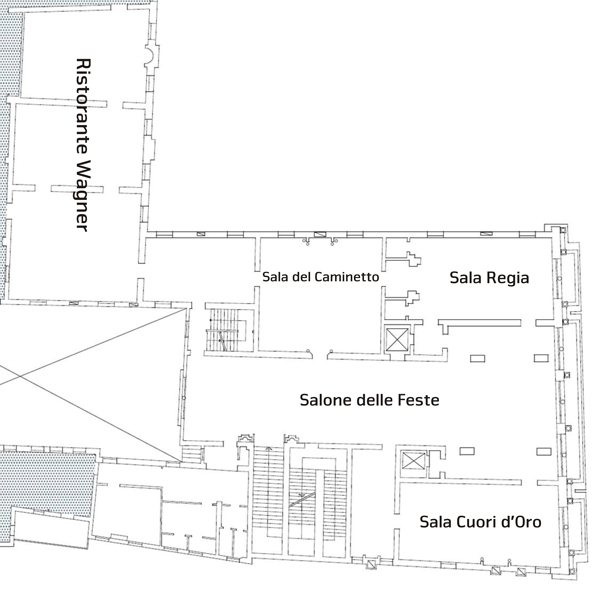 THE HALL
The piano nobile has an identical layout to that of the entrance. The central room or Portego, reached by the staircase, is also a T shape. The transversal branch, brightly lit and similar to a loggiato, leads to the two facing corner rooms on the Grand Canal. The hall receives light from a spacious mullioned window that overlooks the courtyard. The most important canvases were painted by Niccolò Bambini, a Venetian artist from the late 17th century, whose subjects include figures from ancient history with battles and military triumphs. Above the various entrances are works by Palma il Giovane. 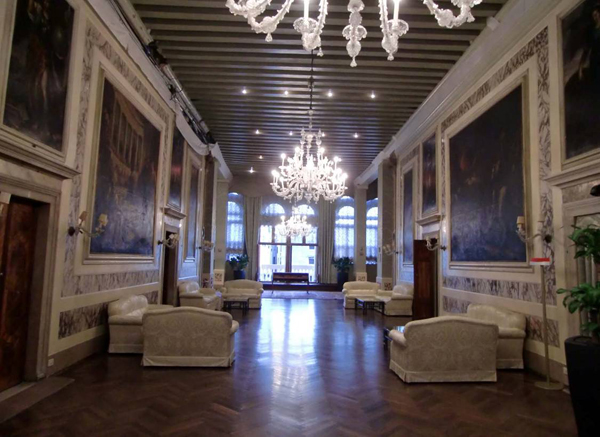 THE ROYAL DRAWING-ROOM
On the other side over looking the Grand Canal, is the art gallery that was completely remodelled under the Duchess of Berry. Two large portraits remain of the King of France Louis XV and Louis XVI: copies made of the originals in the royal collection at Versailles. There are several portraits of Lucchesi Palli and other figures from the 18th and 19th centuries. 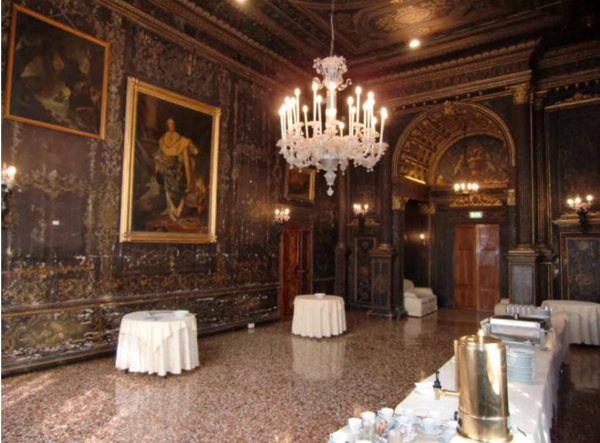 THE ROOM OF THE FIREPLACE
A solemn room, rendered harm onious by a fireplace set between the two windows that look onto the garden. There are columns made of stone from Africa and Verona, with allegorical figures. This fireplace is one of the leading exemplars added to the building in the first half of the 17° century, and may have involved the intervention of the architect Vincenzo Scamozzi, summoned by the Grimani family. The walls in this room are also covered in 17th century leather work with gold and silver floral motifs on a green background. The paintings date back to the 17th century and belong to the collection of the Duchess of Berry. The three double doorways are quite unusual and feature inlaid work in rare wood and ivory in elegant oriental designs. 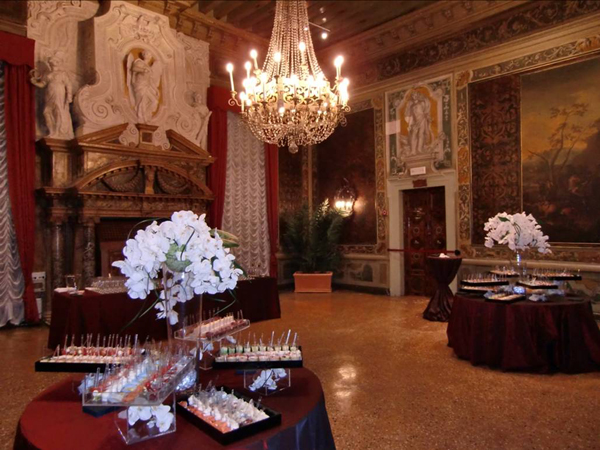 THE ROOM OF THE CUORI D’ORO
To the right on the Grand Canal, is the sumptuously decorated Cuori (Cuoi) D’Oro room, the wall covering is in original golden leather. The art of leather, used in wall covering, the so-called 'cuoridoro' (golden hearts), was typical for Venice. Used from the 15th to the 17th century, it was also popular in Spain. An imposing early 17th century fireplace in grey and pink stone dominates the room, and is surmounted by a great chimney in stucco showing great scrolls and allegorical figures modelled by a maestro under Alessandro Vittoria. 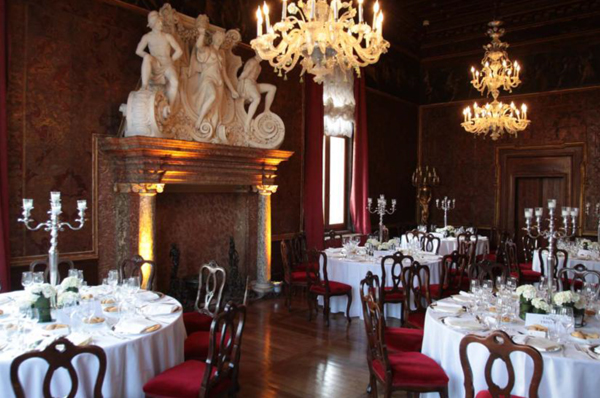